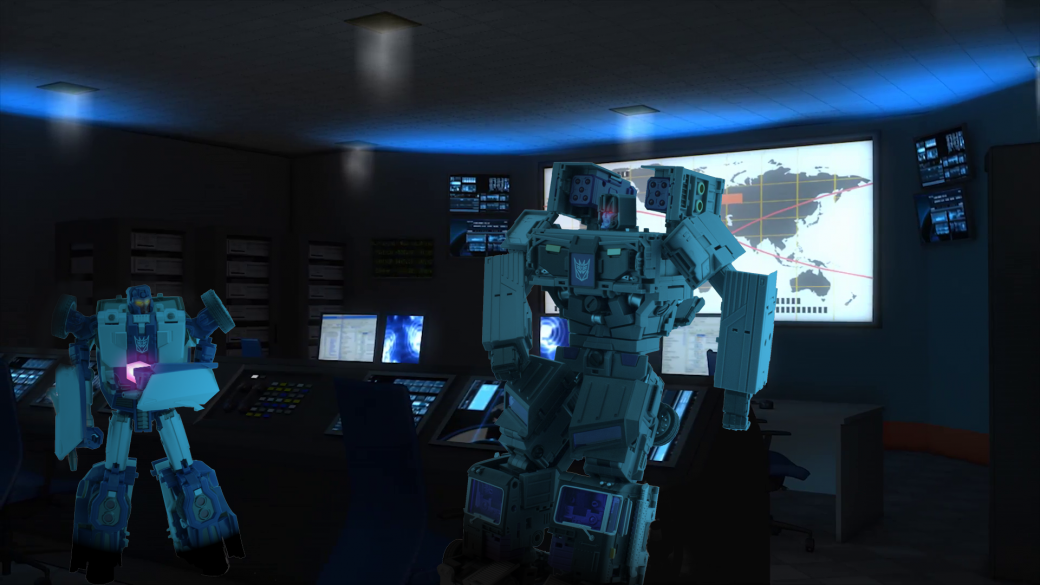 2017 has been a hell of a year for transforming robot toys and putting this list together has been quite a challenge.  This list could easily have been 20 or 30 toys long, maybe even longer given the output of amazing fun toys from Masterpiece and CHUG lines as well as all the 3rd party offerings.  I think it speaks to my interests that the toys that managed to avoid the cut – toys that are articulated and full of ersonality, fun and easy to transform, and probably least importantly, but always a gotcha for my tastes, fully enclosed limbs without hollow parts showing wherever possible.

So, knowing the kind of thing that tickles my particular fancy, on to the show!

If you had told me at the beginning of the year that not only would I have a KFC toy on my list, but that there would be more than one vying for a spot I’d have called you mad! But I’d have been wrong, with Simba, a take on Victory Leo, the very Apeface Kingorilla, and the 10th entry on my list Kingzilla!  I would have been a tough call to pick one of these guys, but with Kingzila being a take on the actual best transformer ever Snapdragon I had no doubts as to who would get the nod.  Yeah,he’s agot a touch of the swirly grey plastic to him, but he’s actually well made with a sensible pair of transformations and designed with a bit of resiliency to missteps in the process makes him fun, playable and, most importantly, Snapdragon!

Slag, Slug, call him what you will, all I know is that my favourite Dinobot made it to ludicrously beefy MP scale this year in the toy influenced style I prefer to the cartoon look that seems to be in fashion.  I am in for the less bling but equally gorgeous metallic effect from the Gigapower crew along with cool flame effects to complete the look he is absolutely everything I could want from the big pointy bozo!

It’s a bit of a cheat to pick 9 toys for one slot but these guys are all too similar to differentiate.  If pushed I pick either Thrust (the best and most handsome of the DeceptiJets) or Acidstorm (the Shanghai SGC exclusive version with a wonderful paint job to him), but to be honest these guys share the seeker style among them and so are pretty much the same toy.  But what a toy!  Pose-ability, looks, fun and easy transformation, and for the most part complete with flight stands.  These boys ooze charm and the desire for a full set left me hungry for more..  I’d even swing a for a tenth of the same toy if they would offer me up an Ionstorm.

It would be unfair to say this is a case of yet another childhood favourite playing on happy memories to get on the list – I could hate the Stunticons and still have this Motormaster on here.  An easy transformation and cunningly mixing in the combiner parts in to the back end of the trailer and having them come together in a basic but fun base mode means you can play with the full set in whatever forms you like and not have stacks of parts hanging around waiting to be misplaced. He looks the part however you have him and he carries the boss role like a champ!

I can’t say enough good about this guy.  Before getting him I didn’t think he had the look for a Whirl and almost passed on such a marvellous toy.  He carries a distinct look that doesn’t capture any single Whirl, but somehow manages to take parts of many different versions and smoosh them together into a toy that embodies the character perfectly. Plus he’s a pretty amazing toy with a stupidly easy transformation and can be posed for days. Love him!

I’m not a big fan of Powermaster Prime.  Prime is not about being bigger and badder, he’s about being good and just, I couldn’t reconcile the two characters in my mind. But an evil Prime… He would totally be in to that.  And so I pounced on Thunder Erebus with glee!  A fun enough powermaster, a cool and articulated cab-robot and an amazing power armour suit to socket him in to.  Everything about the toy is fun, from they smaller robots being perfect for fiddling with to the trailer-to-armour transformation that is just the right mix of being involved without being too complicated to be fun.  I’m not a big fan of Powermaster Optimus Prime, but when the red and blue version of this boy shows up I’m now 110% in for him!

I have no real affinity for non-gun Megatrons.  I’m old and grumpy and don’t want these things to change.  However, after the fun times of Generation Toy’s Op.Ex Prime toy I decide that I wouldn’t mind picking up his counterpoint, and that was a chance I am so glad I took a punt on!  A delightful toy, easy to pop back and forth between modes and even though the comic version of Megs he is based on isn’t incredibly “Megatron” to me this toy carries the role effortlessly!  He has malevolence flowing from every robo-pore and this makes him sit just outside the top three for this year even if he isn’t *my* Megatron.

A Motormaster limb right up near the top spot?  Well, he is my top combiner boy after all!  A toy based on a toy based on an insane F1 car from the 70s and the best right arm in the business, what’s not to love?  The spot on gaudy yellow, showy engine block, and the purple accents makes for a toy that is stunning in both car and bot mode.  Plus he’s as poseable as they come giving you evey stance you could want.  The transformation is right up my street too so he happily cruses right in to the number 3 spot with barely a drop of energon expended.

As I said at the start, I’m not big on the overly toon look of the Masterpiece line these days, but the toys TT makes are still so much fun!  I had been put off by the looks of MP Grapple and Inferno so dived in on Maketoy’s Wrestle and Ocular Max’s Backdraft as my respective stand-ins but hearing about the genius of the MP versions there was always a small part of me wanting those guys to join in on the magic transformation fun.  Suddenly, with god rays surrounding him as he enters from the sky, MP Artfire appears!  All the fun of the first two passes at the toy, but with painted details reminiscent of classic toy stickers.  And his targetmaster too!  Finally, a version that could be mine!  He did not disappoint.  All the magic I had come to expect, all the detail my heart desired.  So dreamy.

A late but pretty much perfect entry from my plastic supplier of choice.  Tiny but full of charm and with more articulation than you can shake a stick at I don’t think I could ask for more from a toy many times the size of these pocket rockets.  Yes, I’m cheating a little by having two bots in the top spot, but they came in the same box, and really, you wouldn’t separate brothers would you?  I love Iron Factory toys but they do tend to have a few repeated issues.  Overly tight joints, transformations that are slightly the wrong side of fun and an odd at mode or two popping up from time to time.  These boys have deftly sidestepped these issues and have popped out of their box pretty much perfect.  As always with IF, charm flows from these boys in ways larger and more detailed toys could only wish for, capturing the essence of the characters in a form so small you still marvel at how they can have such detailed and expressive faces.  Hats off Iron Factory, these guys are my toys of the year!