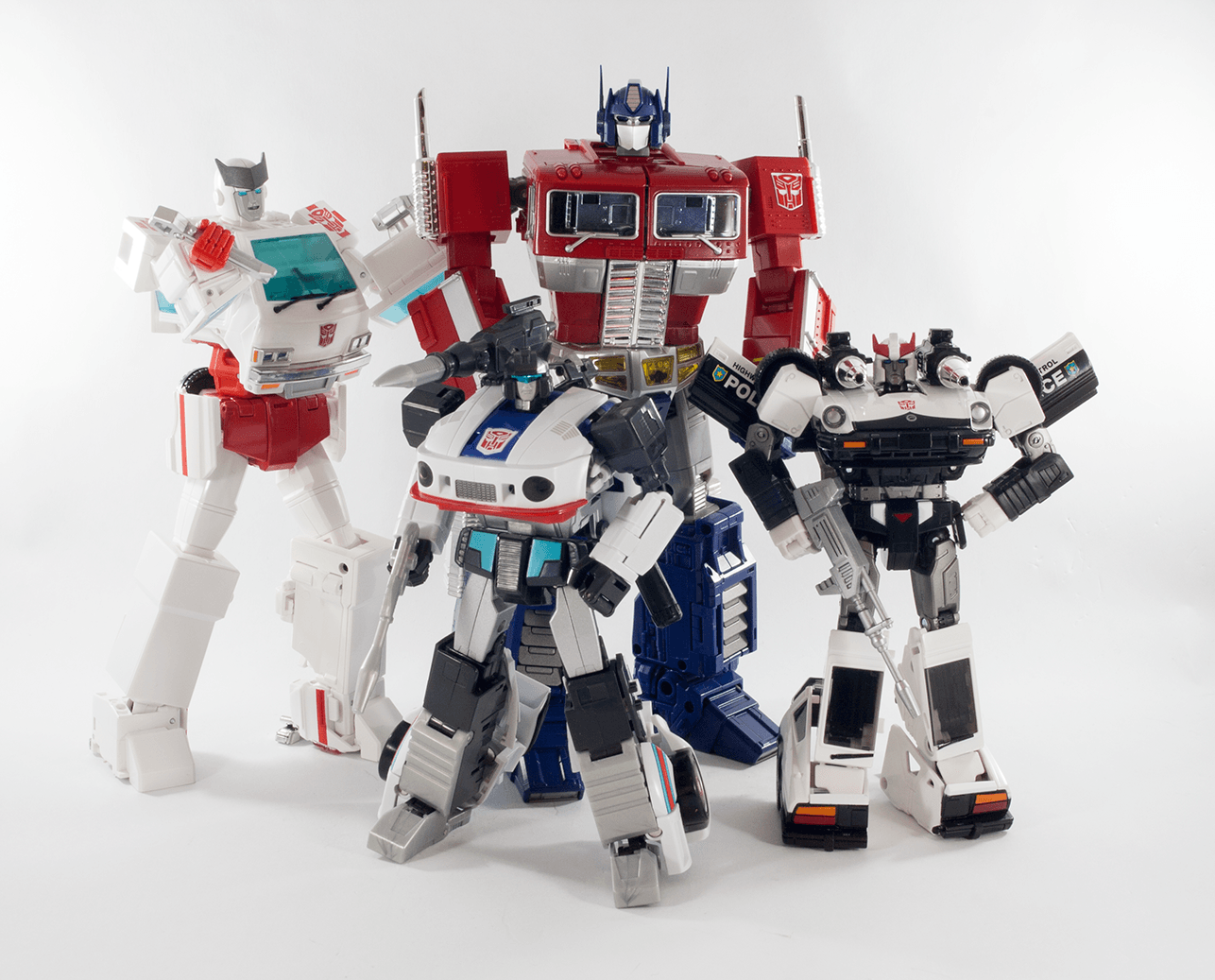 When it comes to the Autobot command crew I don’t think there is any doubt as to who the top dogs are.  Obviously we have the big guy himself in Optimus, and the chief medical officer with Ratchet but who is Primes right hand man? I think technically it should be Prowl, but it always seems to be Jazz who steps up to sort things out when Prime is indisposed.  Either way, in these 4 characters we have the command crew if the Autobot forces.

MP10 gives us a fantastic take on Optimus Prime that redefined the Masterpiece line, setting a scale and style to carry the line forwards.  He is as iconic as a toy can get, and that leaves very little to say.

While Sideswipe was the first carbot to be represented in Masterpiece form, I think it wasn’t until the Fairlady 280Z appeared as MP17 that carbots really nailed it.  As accurate and beautiful as the Lambor car was the altmode suffered somewhat from gappy side panels and the bot with hollow legs, but Prowl…  Prowl nailed it!

Moving on to MP 30 and Ratchet we enter an era where a focus on a more toon bot mode has become en vogue, all while retaining a real world alt mode and Ratchet wears it well.  Many feel a little more effort could have been made with the tyre butt and hip skirts, but the vehicle is a cracking Cherry Vanette and there is the fantastic collapsing chest, an ingenious step in the transformation being a hallmark of the Masterpiece line.

And talking of magical steps, MakeToys Downbeat steps up with it’s own.  The front end sliding in from the sides is a fantastic solution to the car bonnet and bot chest proportions being so different, and for all the toys the look and feel the part, it’s this clever bit of creative thinking gives this toy a true Masterpiece feel.