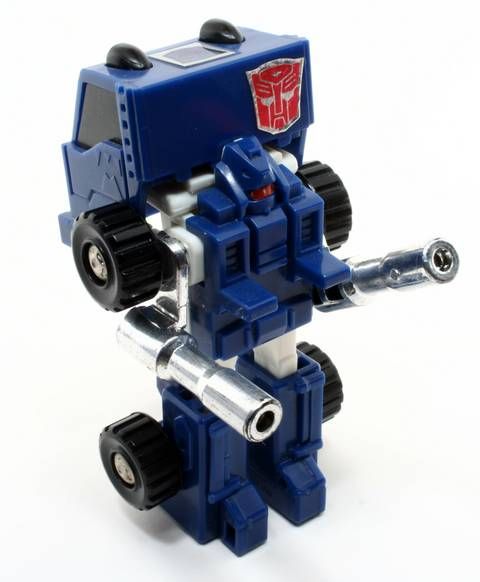 A small first effort for the TFSpeedwriting Tumblr blog.

I’ve not written anything since school days, so over 20 years, and I sucked then too.  Please don’t expect more than a tropey mess 😀

Sure, Pipes’ best efforts at being impulsive had kind of back fired on him when on Delphi, but that wasn’t a reason to go back to shying away from adventure. If anything, he had adventured and survived!  Now is not the time to revert to his old ways.  He must be strong!

But what was back there? Everyone had been cautiously heading to that locked room at the rear of the Lost Light at this time every week.  He knew it!  He had seen them!  But whenever he asked about it everyone just feigned ignorance.

He heard a noise.

Behind him and around the corner he could hear Chromedome and Rewind laugh as they strolled towards his location.  Glancing around for a place to hide, this could be his chance!  If he could hide somewhere he could have an opportunity to slip in to that room before the door sealed itself after them, but where could he go?  The door itself was tucked away at the end of a side passage, a dead end.  This part of the Lost Light was mostly unused, which Pipes could only assume it was chosen for the low throughput and privacy it offered, but there were only a couple of doors between him and the secretive gateway and they were both locked!

Suddenly he saw it, the maintenance access panel, just to the side of this sealed doorway.  It might be a tight fit but he was pretty sure he could squeeze in there in altmode. Quietly he moved over to the hatch and tried to carefully and measuredly transform, but why did he have to have such a noisy transformation!? He sought a delicate balance between quietly easing between modes and being caught out in the open by the conjunx pair, but if he went too quickly surely they would hear.

Finally, in altmode he signalled the maintenance panel and it slide open with a tiny hiss of air as the seal broke.   He reversed in, a perfect fit, and signalled the door to close just in time.  The last thing he saw before he lost sight of the corridor was Chromedome’s foot appear from around the corner.

He waited in silence. Had they seen the door closing?  Would he be discovered?  Would they just keep walking pretending not to be a part of this conspiracy that no one would speak to him about?  The flow of conversation didn’t appear to change.  As they got closer to the door he was able to make out snippets of their conversation.  It was seemingly irrelevant to what he could hear, just the two of them talking about Rewind’s change of shift and how they were going to reschedule their recharge time together.  Not what Pipes was hoping for.

Why couldn’t they be taking about what was happening behind this door?  Did they actually suspect him, was this their way of throwing him off their scent?  He had been asking a lot of questions recently, he may have tipped his hand when he didn’t accept the first brush off when he had asked Blaster about the room. Or when he followed up with Hound and then Perceptor.  Of course none of these people actually admitted to knowing anything, but now he was about to get concrete, undeniable proof. He was going to witness this pair go through, and after he would stop the door before it locked and follow them.

He heard the door open, the unlock tone sounding as Chromedome or Rewind scanned their rubsign to authenticate their access. This was his moment!  As the voices started to move away, now some argument about rewind taking more than his share of the recharge slab, he activate the hatch and quickly, as soon as there was clearance enough for him to emerge he quickly wheeled forwards and untransformed his arm just in time to catch the door before it sealed shut on him once again.

Once the door had reset itself open he shifted fully back to robot mode and peered into the room he was so desperate to uncover, and he could barely believe his optics.

The room was just a basic square layout, and it was almost pitch black in there with what little light there was came from a few red and purple blinking lights on an indicator panel in the far corner.  More confusing than that was no Chromedome or Rewind.  Pipes knew they had just come in here, where else could they have gone? The corridor was a dead and if they had turned back after opening the door he would have seen them walking away.

Tentatively, his optics recalibrating to the darker room, he ventured forwards.  Secret meetings no one would talk to him about?  People disappearing from mysterious darkened rooms? Maybe he didn’t need to know what was happening after all he thought to himself as the idea of quietly backing away started to creep in to his mind.  It’s not like it was even any of his business what other did if they didn’t want to tell him.  But “no” he thought to himself, this is old Pipes, unadventurous Pipes, the Pipes who shied away from his impulsive urges and enjoyed quiet evenings in with a light energon spritzer.

New Pipes would not turn back!

He pushed forwards, slowly, warily, easing into the room as if it might be filled with deadly traps. “What are you thinking Pipes”, he thought to himself, “this isn’t a Decepticon Warworld, this is the Lost Light”. This was his final thought before he pushed forwards and fell.

“What a thoughtless place to leave a step” he muttered to himself, picking himself up off the floor. In the ground there was a large square cut out in the floor he previously hadn’t noticed in the darkness. “And why would anyone just leave it in this empty dark room?”

He heard a quiet humming from above him.  As he gazed in to the darkness above his head he was finally able to make out the source of the sound as everything started to make more sense.  This is a cargo lift, and the inset in the floor is where the left would rest flush with the ground for easy loading and unloading.  And the lift was heading towards him at great speed!

He looked around just in time to see the door he had entered through closing, cutting out what little light had been illuminating the room.  Panic set in!  He couldn’t be crushed by a lift!  In a moment of clarity it occurred to him that being flattened was in no way how a dignified Autobot such as himself should die!

Spurred on by this new sense of self preservation he pushed himself against the door trying to find a way to get it to open, but at every attempt it denied him access.  “Why be so foolishly nosy” he thought cursing himself and his rash actions.

He pressed himself against the firmly locked door.  Making himself as flat as he could against the perpendicular he hoped he was thin enough to survive.  He had only adopted this new form a couple of meta-cycles ago, and he had to go for the attractive boxy look didn’t he, not an efficient slim form like Rung had.  He cursed his vanity and pressed harder against the door, the lift speedily approaching.

He shut off his optics, if this was it he didn’t want to see what was going to become of him, no sooner had this idea passed through his processor than he realise how little sense it made and instantly regretted his final thought would be so foolish.  That embarrassment flowed through his Central Processor as he felt a gentle but not unpainful scraping of paint from his back. The lift panel hissed as it landed softly in to its indentation in the floor.  Pipes relaxed and he tumbled backwards, staring up in to a floodlit shaft now lighting the entire room.

The relief was a physical sensation as gears and pulleys relaxed again in his frame and he laughed as he realised how tense he had become in the situation.  He sat up and dusted himself off a little, glancing down at the edge of the lift panel that now had a tiny hint of blue to it where it has squeezed itself past him.  Lost in this moment he didn’t even register the lights at the edge of the lift turn from green to red, but he absolutely noticed when the lift started moving upwards again.

It was barely perceptible to the disoriented bot at first, so smoothly the lifts mechanism activated, but soon he became very aware as the ground beneath him began to accelerate upwards at an impressive pace.  What now! He wasn’t ready for this, and what would he find at the top of the shaft? As fear grew in him once again he did his best to apply the coping techniques the ships counsellor had taught him. Be conscious of the surrounding, place yourself within them and try to assess what choice you have.

“There’s no going back now, even if I wanted to” he realised, “I can’t get out of this lift shaft at the bottom, however much I want to, that door is locked for me.  I guess it’s upwards and onwards.”  He sighed to himself.  Yes, he wanted to be more adventurous, but maybe a little less peril would have suited him more.  The lift slowed.

The lift came to a stop but Pipes had no idea how many floors up he had travelled.  The lighting on the floor turned from red back to green and he stepped forwards towards the door.  This time the door open freely, no authentication or proof of identity required, revealing a well lit room with dark grey walls and shelves after shelves of unidentifiable things.  At the far end there was an large opening with the sound of lots of commotion on the other side, just around a corner out of sight.

Pipes could identify the voices of many of his friends.  Hound, Sunstreaker, and definitely Rewind and Chromedome amongst others, but it was far too busy to make out any details of what was being said.   He eased himself forward.  He’d been through so much just to get here and finally he was about to find out what it was all about.

Did he really want to intrude on his friends’ secrets?

Yes.  Yes he did.  If they were really his friends they wouldn’t have shut him out of everything.  He deserved to know the truth.

Steeling himself for the answer he stepped forwards through the doorway…

And it was Swerve’s. Closed for redecorating Swerve’s. And at the heart of it all was a statue of him, Pipes.

“Congratulations on not being de…”.